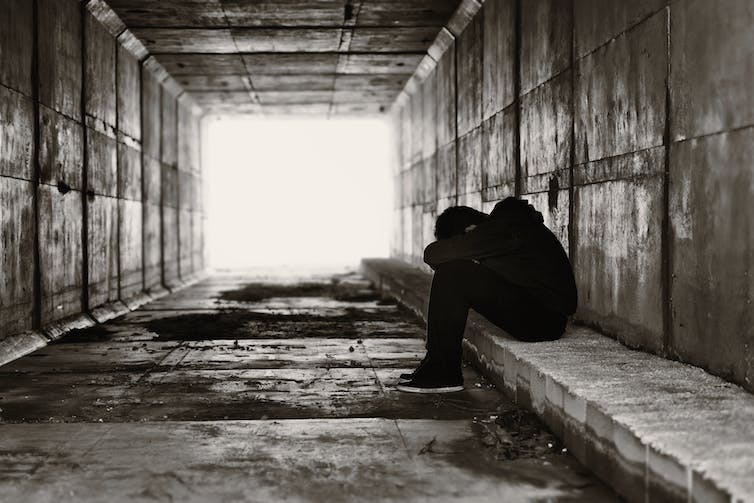 As Australia’s landmark Royal Commission into Institutional Responses to Child Sexual Abuse and other cases have shown, the impact of child sexual abuse is devastating.

Adverse mental health outcomes are the most recognized and researched effects of abuse. These can include post-traumatic stress disorder, depression, anxiety and feelings of guilt, shame, anger and low self-esteem.

Re-victimization, or the likelihood that child sexual abuse survivors will experience further sexual abuse later in life, is a particularly tragic consequence that is rarely mentioned or considered.

To prevent this cycle of victimization, we must understand the scope of the links between child sex abuse and re-victimization later in life, why it exists and which survivors are most vulnerable. Our research aimed to answer some of these questions.

Read more: What parents need to know about the signs of child sexual abuse

What we already know and what our research did

Previous studies have confirmed a strong relationship between child sexual abuse and adult sexual re-victimization. A 2017 review of research on these links found that about half of child survivors have been sexually victimized later in life.

Previous studies, however, have been limited since they typically:

We attempted to remedy these limitations in our research by re-analyzing data of 2,759 Australian boys and girls who were medically confirmed to have been sexually abused between 1964 and 1995. The files were drawn from children examined by independent medical practitioners from the Victorian Institute of Forensic Medicine as part of legal investigations.

To determine whether they had been re-victimized later in life, we then traced their contacts with police as victims of crimes as adults (to an average age of 35) – and considered the lifetime frequency and types of crimes they were victims of.

We compared these findings to a sample from the general population not known to have been sexually abused in childhood. This is what we found:

Re-victimization is not limited to sexual offences or just women

Overall, most (64%) child sexual abuse survivors in our study were not re-victimized later in life. This percentage was consistent with the control group (67% were not victims of crimes).

Unfortunately, though, child sexual abuse survivors were much more likely than those in the control group to be re-victimized in what are considered medium and high harm personal injury crimes.

We also found the increased risk of re-victimization was not just experienced by women. For example, male survivors of child sex abuse were seven times more likely to be the victims of a further sexual assault than the men in the control group.

Read more: Be careful with photos, talk about sex: how to protect your kids from online sexual abuse

The reasons why child sexual abuse is linked to re-victimization are not well known. Nor are the factors that determine which survivors are more vulnerable to crimes later in life.

Prevailing theories suggest re-victimization is not the result of any one factor. Rather, it is the combination of different factors in survivors’ lives – some having to do with personal characteristics and experiences, others having to do with their environments.

We investigated the role of certain personal factors in whether child sex survivors were re-victimized later in life.

Specifically, we studied the impact of three things: gender, the characteristics of the child sex abuse (such as the age when it occurred, type, frequency), and different types of mental illness. Three overall patterns emerged:

Second, the age when child sexual abuse occurred played a significant role in predicting later re-victimization. Survivors who were younger than 12 when they were abused were more likely to be the victims of both sexual and violent crimes later in life.

How mental illness factors into re-victimization

The links between mental illness and re-victimization, however, were complex.

Child sex abuse survivors who developed personality disorders or anxiety disorders, for example, were roughly twice as likely to be victims of all types of crimes as adults compared to survivors who did not develop these conditions.

And survivors who developed substance abuse issues were more likely to become victims of both violent and non-violent crimes later in life.

There are at least two explanations for these links.

First, symptoms of mental illness may impair a survivor’s capacity to recognise and respond to risky situations and people. Offenders are also more likely to target child sex abuse survivors because of their vulnerability.

Second, survivors who suffer re-victimization later in life may be more prone to serious mental health problems due to the cumulative impacts of repeat abuse. That is, mental illness may be a consequence of, not a contributor to, this continuous cycle of abuse.

The truth is that both explanations likely contribute to the relationship between mental illness and re-victimization.

Read more: What schools can do to reduce the risk that teachers and other educators will sexually abuse children

Meeting the needs of survivors

It is difficult to establish a direct causal link between child sexual abuse and re-victimization over one’s lifespan. But it’s clear that for some survivors, victimization is an ongoing problem rather than just an isolated event.

More research into why child sexual abuse is linked with re-victimization – and which survivors are most at risk – may help to better focus prevention and treatment efforts.

A final word about resilience

Despite the odds, most abuse survivors are not re-victimized later in life, according to our study. However, we understand that many people who are victims of child sex abuse – likely including some in our control group – do not report these crimes. As such, our estimates of re-victimization are doubtless conservative.

We mustn’t lose sight of the strength and resilience shown by survivors in the face of adversity. Understanding how this process of resilience occurs may provide useful insights about how to support other survivors to lead positive and fulfilling lives – without being re-victimized.

More resources for parents are available via Bravehearts and at esafety.gov.au.

If you believe your child is the victim of grooming or exploitation, or you come across exploitation material, you can report it via ThinkuKnow or contact your local police.

If you are an adult who experienced abuse as a child, call the Blue Knot Helpline on 1300 657 380 or visit their website.