The effects of child abuse are long-lasting, and victims deal with them for years. They may experience feelings of distress and display symptoms of a psychological issue, in both the short-term and the long-term. They will often feel distrustful, powerless, and ashamed. It can disrupt their emotional development, and it also increases the risk of further victimhood. 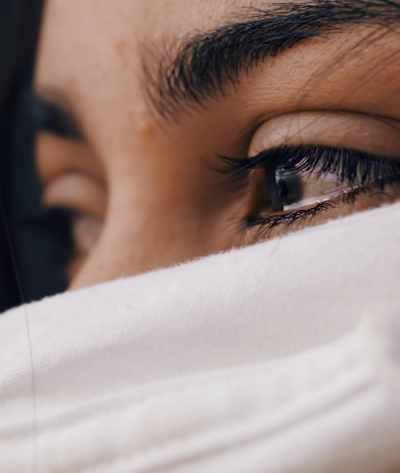 Within the first two years of abuse occurring, victims often exhibit regressive behaviors, such as bed-wetting, thumb-sucking, as well as eating problems, an unwillingness to participate in activities, sleep disturbances, and behavioral issues. The long-term effects include anxiety disorders, depression, and self-destructive behaviors like self-harming and substance abuse.

Victims often respond with anxiety and fear when they deal with people who have similar characteristics as the abuser, such as the same gender, or physical characteristics. Victims often experience difficulties maintaining adult relationships and normal sexual functioning.

Survivors of sex abuse often feel angry at their abuser, at the adults in their lives who failed to protect them, as well as at themselves, feeling that they should have been able to stop the abuse. Child abuse victims often feel betrayed and unable to trust the adults in their life, because it was at the hands of someone trusted that they suffered the abuse, or because the adults failed to protect them.

They often experience sexualization, which can be traumatic, or a re-shaping of their sexuality in ways that are dysfunctional or developmentally inappropriate. Victims tend to feel powerful, as their abuser has violated their space repeatedly and acted against their will using manipulation and coercion.

Abusers manipulate their victims to feel guilty and ashamed, and at fault for their abuse. Victims of child abuse also have an increased risk of revictimization versus non-victims. Studies from the 80s found that over half of women who experienced child sex abuse at the hands of a family member reported an attempted rape, or an actual rape, before they turned 14. Further studies over the years have come to the same conclusion. Children who have experienced an attempted rape or rape during their adolescence are more likely to experience the same during their first year of college. People with a previous history of sex abuse are far more likely to be re-victimized, and there has been some research that indicates the risk is increased by over 1000%.

Someone who have been sexually abused for a prolonged period of time will develop a feeling of worthlessness, an abnormal view of sex, and low self-esteem.

If your child, or someone you know, is showing these symptoms then contact the proper authorities. It’s important to note that some victims may not display any of these signs or symptoms. You should maintain an open line of communication with your children to ensure they understand what behavior is appropriate for adults. For adult survivors of child sex abuse, it isn’t too late to seek therapy to help deal with the traumas of the past.