When children live through traumatic events PTSD is a real risk. The traumatic events that may lead to PTSD include being the victim of a violent crime, which includes both physical and sexual abuse. Other traumas include school shootings, fires, floods, and car accidents. Additionally, the death of a loved one or suicide can trigger PTSD. 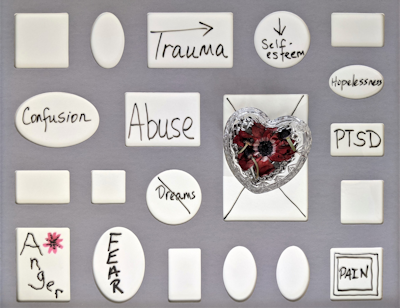 Every year, CPS receives 3 million reports, involving over 5 million children. Of the cases reported, proof of abuse is found in around 30% of them. Using these cases, we get a clearer picture of how types of abuse occur:

In addition to this, up to 10 million kids witness family violence every year. In around 60% of those cases, the physical abuse of children is involved. It’s important to know that two-thirds of cases involving child abuse aren’t reported.

There are three risk factors that indicate the likelihood of PTSD, these are:

There are other factors at play because events involving people hurting people (such as assault and rape) are far more likely to cause PTSD versus other traumas. The more trauma a child experiences, the higher risk they have of PTSD.

Ages 5 to 12 – Children who experience trauma at this age don’t tend to experience flashbacks as adults do. They tend to mix up the order of the events of their traumas. They also believe that they can prevent future trauma if they pay attention and note the warning signs. They think there were signs before their original trauma, and they missed them.

They also tend to show signs in their play, they may repeat parts of the trauma they experienced, though it doesn’t make their distress and worry disappear. If a child witnessed a school shooting they may be inclined to take a gun to school or play shooting games.

Ages 12 to 18 – The symptoms of PTSD in teens look similar to those seen in adults because teens are in that limbo between childhood and adulthood. The big difference is that teens are more likely than adults or children to show aggressive and impulsive behavior.

There are other problems that stem from traumatic events. The majority of our knowledge comes from research regarding child sex abuse. Children who are sexually abused tend to have issues with aggression, risky sexual behavior, self-harm, substance abuse, anxiety, anger, fear, loneliness, and a distrust of others.